Now that the verdict is in, I only feel profound sadness.  I did not dig into the details fo the case for a reason. I was unsure that this was an example similar to other cases in which a shooting victim really did nothing.   My fears were confirmed when the video of Michael Brown shoplifting in the convenience store surfaced.  Some critics say video of that kind is released purposely to taint public opinion surrounding the victim.
The testimony of the officer was that Michael Brown charged him prior to the shooting. He also said that he had never discharged his weapon in the line of duty before.  I also
saw a video clip of Michael’s Brown’s father who on the day of the verdict announcement was very resolute and stated simply “God’s will be done.”
As a person who works with young people on a regular basis, I find that there are young aggressive men (boys) who are endowed with more machismo than sense and who much like the rest of us males, think they are invincible. I cannot say that Michael Brown was exactly like that, but the signs are there. And that is the smaller of the two tragedies playing out here.
The bigger tragedy is that this could happen anywhere in these United States where there is a sizable minority population.  The police action shootings are becoming more frequent and more suspect. The sentiment in Ferguson and other places is that the police are above the law and unresponsive to those they “serve”.
Amadou Diallo, Trayvon Martin and Oscar Grant are three among a set of high-profile police action shootings that resulted in fatalities.  There have been many more as explained in a recent article published by Mother Jones.
http://www.motherjones.com/politics/2014/08/police-shootings-michael-brown-ferguson-black-men
It is a re-telling of the story of the boy crying wolf.  There have been so many police action shootings done badly and without restitution that when an actual malefactor is shot, the taste of the wrongly done shootings still linger.
USA Today and others lament the fact that the statistics lack validity.  This article describes the lack of accountability by law enforcement nationally:
http://fivethirtyeight.com/features/how-many-americans-the-police-kill-each-year
Without accountability, the temptation and culpability may grow but the collective suspicion of culpability will grow exponentially.  We must emphasize peace and restraint in our black boys.  There must be serious and real repercussions for law enforcement – held to standard community by community.
We must be active in political action, not in rioting, looting and creating mayhem.  Parents must create a bold standard for education. Mediocrity is not to be tolerated.  An educated populace is in a better socio-economic position and can better avoid and discourage manipulation.

I will comment on the over-proliferation of weapons of all types in a later edition. 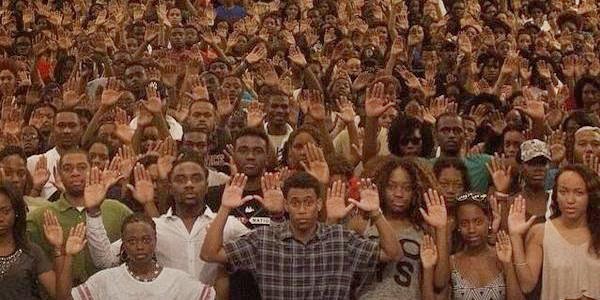