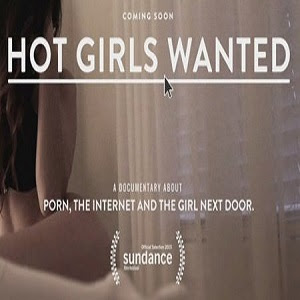 I have coined the term “Gendericide” to denote the death of role identities and the sense of belonging that goes with it. I watched the provocative documentary Hot Girls Wanted on Netflix and was saddened by the boyfriend of one of the film’s subjects who found himself in relationship with a hometown girl who periodically leaves the area to ‘act’ in ‘amateur adult films’.  He is another victim of Gendericide who is dying from the difficulty of earning enough to steer his girlfriend from the industry and make  a home for her. Why doesn’t he just dump her and move on? This would become another fatality of modern days where material matters more than relationships.  Should she be working in that industry?  As said by my mother, “fast money is not all it’s cracked up to be . . .”
As an aside, Hot Girls Wanted is an effective documentary. Notwithstanding its prurient interest, it provides a clear picture of the young girls involved in the industry and the results of being hooked on fast cash and rebelliousness. The film strikes a fine balance between entertainment and educating its audience that struck me as highly effective.
The biggest part of my career is behind me but the issue of Gendericide has left me wondering how my sons and nephews will fare and fit in the new economies.  Changing roles and lessening opportunities for males will have a pervasive effect on the gap between rich and poor. What effects will there be on poor communities?