A new gift from an old friend.  We had a friend and classmate named Robert.  He was cool and he was with us.  Until he died suddenly. 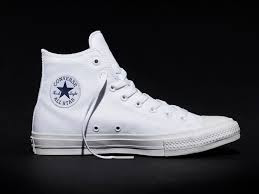 His father worked with my mother.  At some point after the funeral, he sent his son’s ALL STARS to me as a gift.  For a kid in the eighth grade, death is such a foreign concept that I was startled by the idea.  He was ‘gifting’ me his dead son’s shoes?  We really weren’t friends like that.

My mother brought me the shoes and I went back to her because I could not justify to myself why I would wear them.  I tried them on, they fit.  They were not brand new.

One day I was wearing the shoes and I ran into my friend Calvin.  “Where did you get those shoes?” he asked.   “They belonged to Robert.”
“Why are you wearing them?”
“His dad gave them to me.”
Somehow though, I finally clicked. I began to realize that wearing Robert’s shoes was a reminder of who he was to us.  I cannot imagine what it would be like to have to dispose or determine what to do with your child’s belongings.   It couldn’t be easy.  So doing whatever necessary to enhance his legacy would make those choices easier.  Today I get it, then I was just a kid feeling odd in a pair of second-hand shoes.